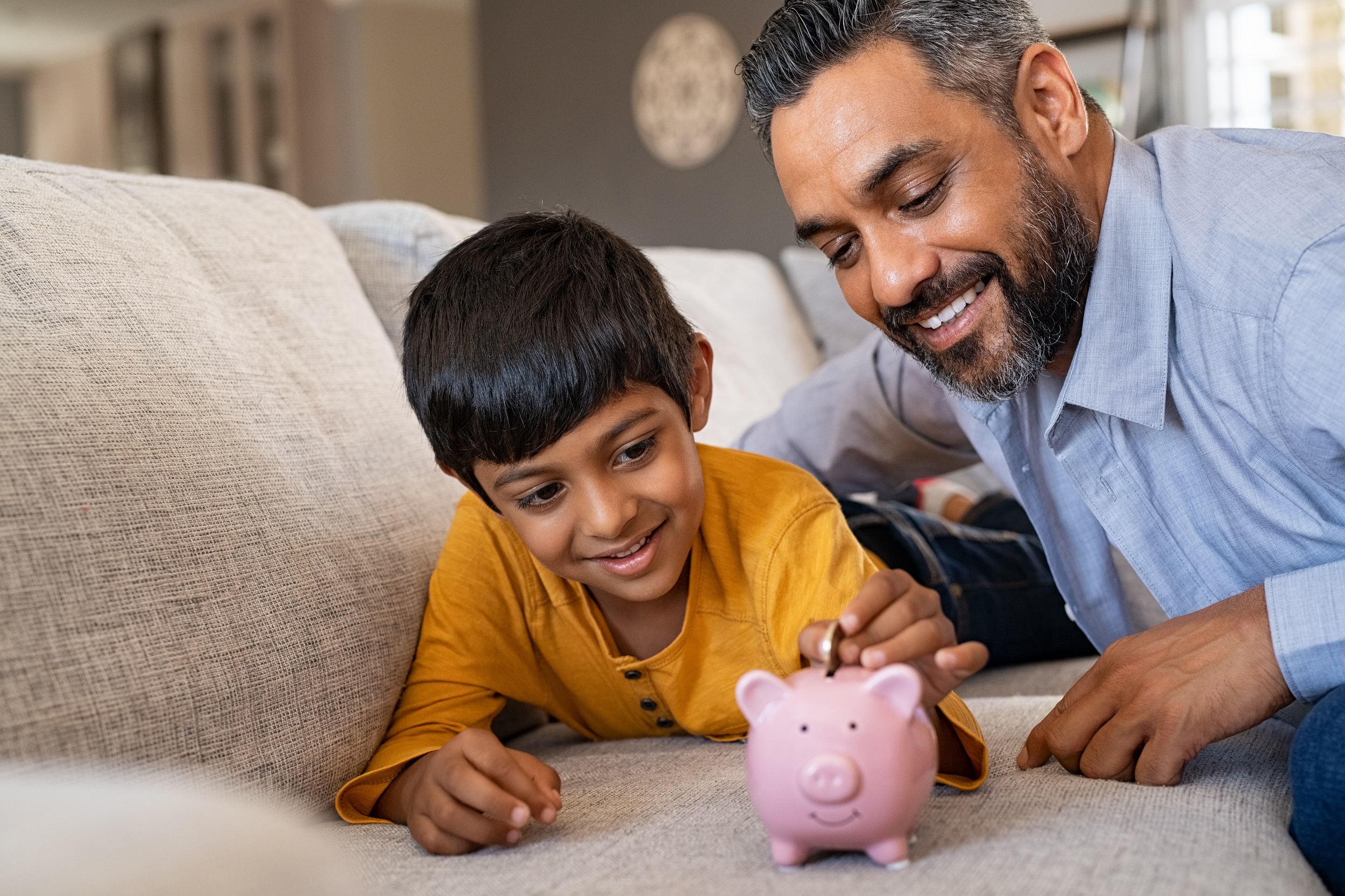 The stages of learning fiscal responsibility:

These experiences provide the ability to learn fiscal responsibility in a gradual manner and in preparation for the larger monetary decisions required in adulthood.

Discipline is important for children in all facets of their lives, money included.  Parents can influence discipline by providing opportunities for increasing levels of responsibility commensurate with their age and as they earn your trust.  One such example is the story of Victor and his son, Samuel.

Samuel grew up taking music lessons practicing the piano and, eventually, the guitar.  His experience with the guitar began with an acoustic model which was later joined by an entry level electric guitar, courtesy of his parents.

Over time, as Samuel continued his music lessons, he favored the guitar and was eventually ready for an upgraded electric model.  He had also become more interested in building things and so began exploring what it would take to build his own electric guitar.  Would this give him the features he desired but at a more affordable cost?

Samuel did his due diligence online and was encouraged to find that there were kits available for around $1000 that would be the equivalent of a $2000 guitar if bought brand new.  From his research he selected a vendor who could sell him the complete kit at the price point he wanted.  Unfortunately, due to COVID-19 lead time delays, it would be several months before his kit could ship.

To mitigate disappointment and continue to support Samuel’s increasing ability on the guitar, Victor suggested that he search for a used guitar online.  “Try to find one that has the upgrades you want but at a price you can afford.”  It didn’t mean that Samuel couldn’t eventually get his hands on a build-your-own guitar kit, but that project may have to wait.

After two weeks of searching online, Samuel was able to find a great deal on a used Gibson guitar that suited him perfectly and at his price point.  “This Gibson guitar had every feature I was looking for and was in great condition!” said Samuel.  “I wanted to play it from the moment I saw it!”

Through Samuel’s summer job, he had saved almost enough for the guitar but the purchase would drain his bank account right as he was getting ready to head off to college.

Victor didn’t want Samuel to be away from home penniless, so he offered to give him a loan for the guitar; however, he also wanted to formalize the loan to ensure that Samuel would pay it back as agreed to and practice fiscal responsibility to others at the same time.

Having been referred to the online person-to-person recurring payments lending platform, LendAmi, by a friend, Victor was able to quickly set up custom loan terms with his son in just a few clicks.  He offered Samuel generous terms including allowing him to start payments in a year, charging him a very low 2% interest rate on the loan and letting him pay it back in $100 monthly installments until paid off.

“Dad really wanted me to maintain a balance in my bank account and have an additional year to save up from my summer job which is, fortunately, extending into the school year” said Samuel.  “It was a real relief that dad is doing this for me because I’m excited about practicing on a more professional guitar.  Plus, my birthday is coming up soon so any money I may get as a gift will help pay dad back.”

modest 2% interest rate so that he gains experience paying back loans with interest and on a schedule.  Using LendAmi makes it very easy for the both of us.

We can track the loan together online using our mobile phones and he can make automatic payments to me each month using bank transfers.  This means that I don’t have to harass him about it while he’s away at school and I have full trust that he will pay me back.”

So how did Samuel do practicing the five factors of fiscal responsibility?  We think he did great!  He has been earning money through a summer job. Check!  He has been saving his money instead of blowing every paycheck on unnecessary things. Check!  He used great discernment when researching his electric guitar options. Check!  He was disciplined in working to meet his goals. Check!  He shows responsibility by documenting the loan with his dad and setting up automatic recurring payments back to him using LendAmi. Check!

And the result?  A great Gibson electric guitar.  “The Gibson has been perfect for me.  I still want to build my own electric guitar one day but, for now, I am practicing a lot and playing even better” said Samuel.  “Plus, it feels good to be paying for the guitar myself with my dad’s and LendAmi’s help on the loan.  I feel more grown up.”

Are you interested in teaching your young adult how to be fiscally responsible through a personal loan with you?  LendAmi is a great solution not just for guitars but also vehicle down payments, student loans, last-minute funds and even first time homebuyer expenses.

Learn how you can use LendAmi with your children, other family members and even your friends!

How to Request a Loan From Friends & Family